No matter how cool a Magic card sounds, players will undoubtedly come up with a nickname for it. 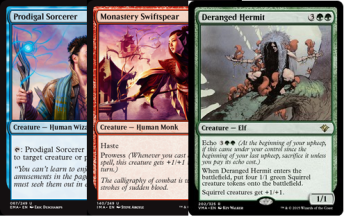 Or they might just be silly like calling Emrakul the “Flying Spaghetti Monster,” Smuggler’s Copter the “Looter Scooter,” Leonin Arbiter “Cat Jesus,” and Solemn Simulacrum is the “Sad Robot.” 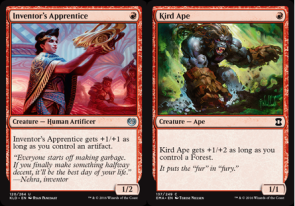 A nickname might keep parts of the original card in the title like how it’s “Prime Time” when a Titan hits the board or how Karn is often referred to as the “Karnfather.”

Too many times misreading Gray Merchant of Asphodel has earned it the nickname “Gary,” and if you yell out Kalitas in a southern accent you get “Cleetus.”

It’s not a shortened version of Dark Confidant. It’s not a pop-culture reference unless I’m really out of touch. It’s not a reference to another card, it’s not an acronym, and it’s not a play on words. So where does it come from?

Many tournaments have come and gone in Magic’s history. The Mythic Championship used to be the Pro Tour, Magic Fests used to be Grand Prixs, MCQs used to be PPTQs, there was the Master’s Series for a short while, and there was also the Junior Super Series that offered scholarships for players 16 and under.

This past year we actually saw the return of an old tournament that we hadn’t seen in over ten years, the Mythic Invitational.

It used to be called the Magic Invitational, way before Esports and Magic Arena existed. The prize was the opportunity to design a card that would be printed in  a future set showcasing art in the likeness of the winner. Immortalizing yourself in this way has been one of the coolest prizes Wizards of the Coast has ever offered players.

Some of the greatest players in Magic have this honor, like Chris Pikula, Kai Budde, and Jon Finkel. Some of the more powerful cards to be developed from this tournament include Ranger of Eos, Meddling Mage, and Snapcaster Mage. 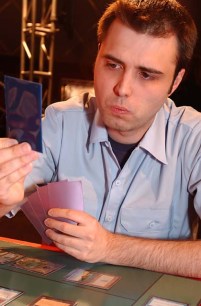 Bob Maher was one of the first big professional Magic players. He started in the Junior Division playing in the first ever Pro Tour in 1996 and moved to the senior division the following year.

In 2000, Bob went on a tear with his Maher Oath deck looking to abuse Oath of Druids. He won Pro Tour Chicago, Grand Prix Seattle, finished third at Grand Prix Nagoya, and finished second at the ESPN2 televised World Championship losing to none other than John Finkel. He had become a household name in Magic and was awarded Pro Player of the Year.

Bob had plenty of respectable finishes over the next couple years to include winning the Master’s Series defeating Gabriel Nassif in the finals, winning Grand Prix Detroit, Grand Prix Copenhagen, and then the Magic Invitational in 2004. He became the third player to ever win a Grand Prix, Pro Tour, Master’s Series, and Invitational. He was inducted into the Hall of Fame in 2006 with the well-deserved nickname of “The Great One.”

Even before Infect was a mechanic, Poison counters worked in the same way they do today: if you get ten, you die. Needless to say, the card would have been absurdly powerful, almost to the point of being a joke, and likely not a card that would ever see print.

Somewhere between Bob’s original submission and his time working with RnD we got Dark Confidant. Ron Spears did a beautiful job painting the iconic piece and capturing Bob’s likeness. The flavor text is perhaps one of the best ever printed, both in flavor and profoundness. Alluding to Bob’s nickname, “The Great One,” the line reads

“Greatness, at any cost.”

The card has seen success in multiple formats and multiple different strategies. In Vintage it saw a lot of play in Tinker decks, Bomberman and Jund decks in Legacy, and most G/Bx configurations in Modern. The card is powerful and exciting to play. It tests pilots and their ability to weigh the risk of death against the rewards of card advantage. Even Maher couldn’t help but sleeve up the card, famously flipping 17 damage over the course of five turns to lose from a commanding position in the finals of the 2010 Vintage Championship.

How can we blame him though? The card is as powerful as it is fun to play with. We love granting him personality, blaming him personally for not being on our team when he flips a Blightsteel, and cheering him on when he flips lands and low costing spells. Sometimes even the opponent will get in on it and beg “Bob” to flip some damage to help them out or condemn him when he doesn’t. But “Bob” seems to have a mind of his own and the only thing he can guarantee you is a card. It’s up to you to decide whether the risk is worth the perilous reward.

The card, the art, the name, the flavor text, the player behind it, and all the spectacular moments it facilitates are iconic. It’s why it’s one of the most beloved cards in the game, both in the G/Bx community and beyond.

Over the years, most of these Invitational cards have gotten a makeover, severing their connection to the players that helped create them. To many this is a shame, but for others it offered more choices as a way to further express themselves in deckbuilding.

Regardless of the art and likeness to Maher, most still call the Modern Master’s Dark Confidant “Bob.” It seems we’ll never be able to separate the “The Great One” from Dark Confidant and the two will live on synonymously forever. The nickname isn’t a pop-culture reference or a play on words or a reference to another card. It’s an homage to its creator, its history, and its greatness.